* In case of any delay in receiving the OTP, you may verify it later. Please proceed without verification.

Enter your City name or Pincode

One of the few semi-urban regions in Jharkhand which have come into limelight in the state for its strategic reasons is Topa in the mineral rich Hazaribagh district. This city lies near to the district and therefore derives much attention and advantages in terns of various services. The area is visited by the scientists and experts exploring mineral wealth on regular intervals. State authorities have been taking several major steps to bring development in this region. 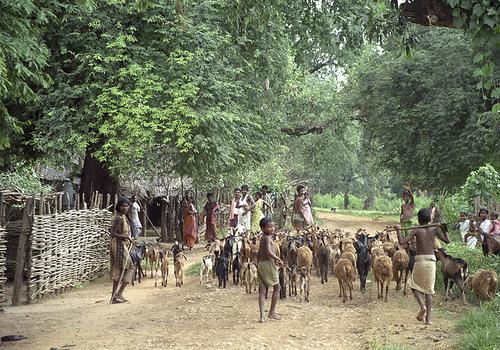 Geographically, Topa coordinates at 23.74419°N 85.4757°E in Hazaribag district of Jharkhand state. This census town is an important location nearby the mineral rich region of Hazaribag. The area has natural splendor of greeneries and forestry locations. By and large this region maintains dry climatic conditions like the nearby areas. Average summer temperatures reach up to maximum 40 degrees while minimum sticks to 26 degrees. The wintertime in Topa is worth exploring due to reasonably good climatic conditions. Average high and low temperatures during the wintertime remains between 12 to 20 degrees Celsius to make the environment perfect for a visit. This area also receives ample rainfall during the monsoon period.

According to the 2001 census reports held throughout the country, total population of Topa in Hazaribag was 5008 people. Out of the total population males constituted 54% while female population of this region was 46% in total. This region maintains average literacy rate of 62% which is higher than 59.5% national average literacy rate. The same census pointed out that the literacy rate of males was 72% unlike 51% female literacy rate. This census also highlighted that region’s 16% of population represented those under the 6 years of age group. Hindi and Santali are the two official languages spoken in Topa region. Selected people also speak Urdu and English languages.

Topa is well connected with district headquarters Hazaribagh through roadways. Intercity as well as interstate buses operate to link these small cities with their bigger counterparts including the district headquarters. Transportation options by road make it easy for the travellers to enjoy a journey while exploring this region. One can hire private taxis or autos from the big cities to travel to the small cities like Topa by paying less than Rupees 1000/-. The buses running on the national highways and subways in and around Topa can be chosen for affordable and cheapest travel option.Nearest smaller and biggest railway stations nearby Topa city in Jharkhand are Bhurkunda Railway Station; Hazaribag Railway Station and Ranchi Road Railway Station located at the reasonable distances. Their presence offers ample opportunity for the travellers to travel by railways from any part of the state and country to visit Topa city.

Although Topa has not been promoted as one of the tourist destinations in Jharkhand state yet this place still remains an attraction of sorts. Places like Ramgarh and Hazaribag are historic and can be explored during visits. These areas are famous for being the hub of mining, industrial and cultural hubs. The Maa Chhinnamasta Temple in Ramgarh is a holy place explored by hundreds of thousands of visitors throughout the year. Topa visitors can’t miss out the district capital city Hazaribag Hazaribagh city serves as administrative headquarters of Hazaribag district. Being the divisional headquarters of North Chotanagpur division, this place remains one of the major centers of attractions to explore. The health resort at Hazaribagh National Park is a great place to visit to feel closeness to the nature in Jharkhand state. There are countless other places to visit here.

Being a small city and still not pointed out for tourism purpose, Topa doesn’t have any hotel. A few private guesthouses operate here for selected accommodation facilities. People usually make day trips to Topa from the district headquarters Hazaribagh to stay there overnight at the available hotels there. Several luxurious and affordable hotels are available in Hazaribag that cater to the accommodation needs of travelers. Here is the list of hotels in Hazaribag city.

The small city of Topa offers limited avenues for shopping but visitors can definitely check for some local stuff in the markets there. The items sold in those markets are handicrafts and locally made products which one can buy to take home and gift the near and dear ones. Hazaribagh city as district headquarters offer best avenues to the shoppers to buy the items of their choice from local to international brands. The Moti Electronics at Topa near Balsagra Topa Coliery brings good shopping options.

Being a small city, Topa has limited utility services for the inhabitants. The city is still semi-urban area hence only selected utility resources are found here. Whatever is arranged, the utility services of this city make the lives of its residents and visitors easy through sorting out numerous problems and facilitating many good options for better lifestyle.


Courier Services in and Around Topa

Gas Cylinder Dealers & Coal Suppliers in and Around Topa


Hospitals in and Around Topa

Although Topa city doesn’t have all the resources a modern city can expect to have for peaceful living it is still a sought after place for many visitors. This semi-urban establishment has come into the notice of the authorities that take constant steps to develop. The place is therefore a great place for a low-budget travel.

Comments / Discussion Board - About Topa